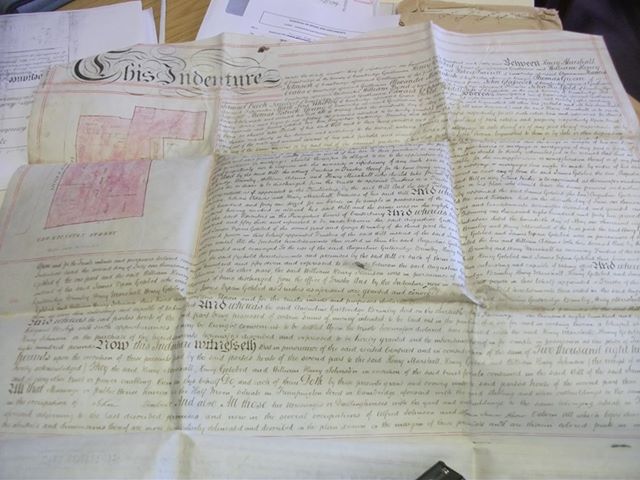 We have been enjoying a delve into Emmanuel’s history this week, with David Cornick’s sermon (which led us through the history not only of that great building, but the congregation itself) and in the inbox of the Downing Place Facebook page; where we found these wonderful images, sent to us by one of our Elders. They show the first and last pages of the original conveyance of the Emmanuel building on Trumpington Street. 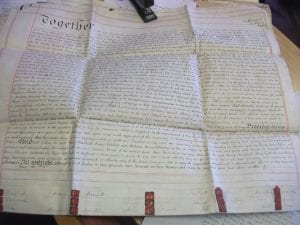 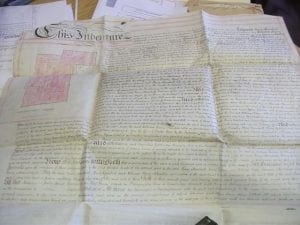 The site appears to have belonged to a family called Seward in the late 18th century.   In 1805 the Gotobed family purchased the site and opened the Half Moon pub (postal address 80 Trumpington Street). When the Gotobeds sold the pub site to the church, the Half Moon moved round the corner to 5 Little St Mary’s Lane.

The price was £1800. They took the land upon trust to demolish the existing buildings and erect a chapel ‘as a place of religious worship and for use for other philanthropic purposes by the church, society or congregation of protestant Dissenters of the Independent Denomination now assembling in the chapel or meeting house in Cambridge sometimes called the Great Meeting House but commonly known as Downing Street Chapel.  This was located at Hog Hill on Downing Place, very near our new home.

It was stipulated that the minister permitted to officiate there must ‘be of the Independent Denomination and hold the principles of faith and practice deducible from the Old and New Testaments and hitherto held by the church aforesaid and generally by the Congregational Churches of England & Wales’.

David Cornick then takes up the story in our sermon:

‘The doors were opened here on Tuesday May 19th 1874. because the world had changed. In 1856 an Act of Parliament had been passed which meant subscription to the Thirty-Nine Articles of the Church was no longer a precondition of graduation. In other words, the colleges of Cambridge were now open to dissenters, as those of Oxford had already been for two years. Nearly twenty years later the Universities Test Act of 1871 removed religious tests from all other degrees, except those in divinity and opened Fellowships to all, regardless of religion. The grandees of Congregationalism took note. Their young people might be coming to Cambridge as students, their young men (and in the 1860s it was young men) as academics. Building a new ‘representative’ church in Cambridge was mooted in first in 1861, re-surfaced in 1867, and became serious in 1869 when the land occupied by the Half-Moon Inn in Trumpington Street was purchased…….

…..A new world, new possibilities. Emmanuel was to be a spiritual home for the denomination’s undergraduates, but also a church that would bring the best of Congregationalism to the university. It marked a transition, from two hundred years of dissenting exclusion, to acceptance of a very public ministry in a commanding place. That was why a new site was needed, and a bold, arresting new church like the one James Cubbitt designed in cheeky juxtaposition to Sir Christopher Wren’s first essay in church architecture across the road at Pembroke. 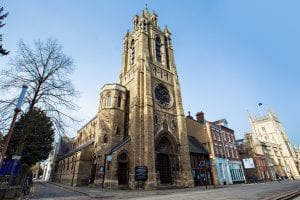 It was a bold, creative, audacious commitment to mission, offering the insights of an alternative way of being Christian, rooted in the soil of the alternative England, the one briefly glimpsed in Cromwell’s Republic, and made real in the consequences of being on the wrong side of history thereafter.

It’s a vision writ defiantly large in the Bond windows, which date from 1904. 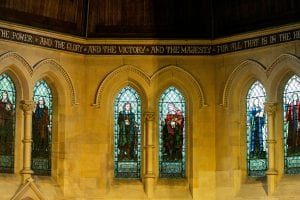 No bishops, no sovereign would stand between this people and God’s Word in Scripture. Here, gathered around the table was a communion of saints, each equal and precious in God’s eyes. That Word would flow out into Cambridge through their lives, town as much as gown.’

The world has changed again, and the last sermon has been preached in this building.  Our last preacher shall have the last word:

‘As we move on to our new home we shall pass by Hog Hill, and remember the rocks from which we were hewn, but our eyes shall be on Christ our Lord, our minds full of the wonders of God’s love, our hands ready for Christ’s service.’ 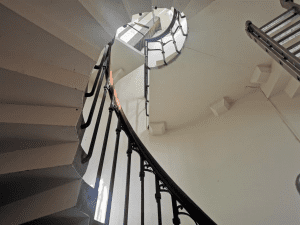 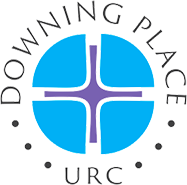